If you inhabit the Golden State and can't imagine a special occasion without fois gras or shudder at the thought of no longer being able to douse your frites in duck fat, then you'd better get thee to thine nearest specialty supplier to stock up on all (finer) things duck before they disappear from local shelves.

On Sunday, July 1st, these products will be officially banned and no longer available for purchase legally in stores or in the finest restaurants of CA. 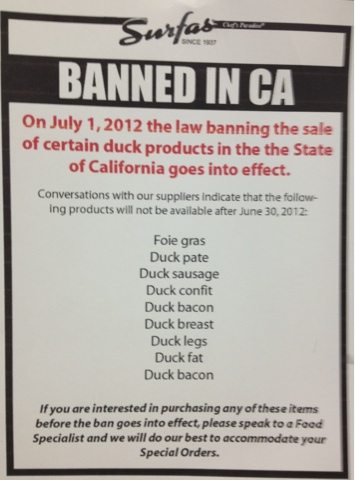 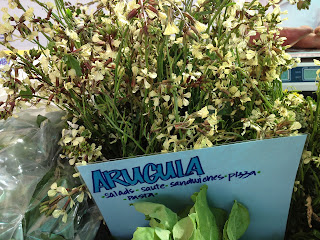 At the Echo Park farmers' market this week in Los Angeles, many of the stands showcased flowering edibles that were new to me. Blooming arugula, watercress, black radish were among the standouts. Also the petals of vibrant calendula flowers can be plucked and scattered on salads. Ready for snipping into herbaceous florid salads, the delicate blooms delight the eye and palate. 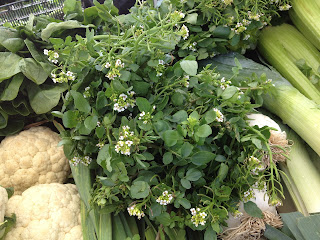 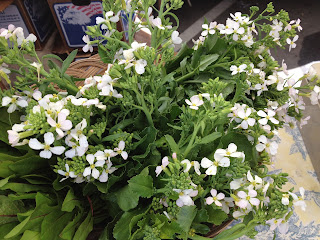 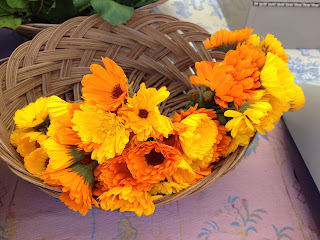 Don't Bite the Hand of Buddha... 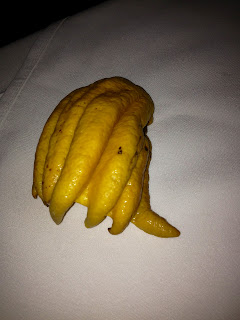 That is, unless its peel has been sufficiently candied. This exotic citrus fruit infused and adorned my pre-anniversary dinner libation at Lucques -- where the mixologists deliver drinks that transport you.

The seasonal cocktail named the "Three-Two-Three" is made of buddha's hand infused vodka and orange liqueur with jalapeño, ginger and tangerine. I was amazed by the gangly, grotesque looking fruit with a pugent lemony odor that could easily beat any lemon-scented chemical cleaner. There's mostly pith and little to no pulp rendering it inedible. But in a cocktail, it is Nirvana. 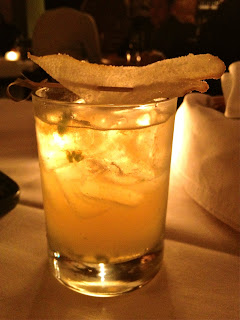